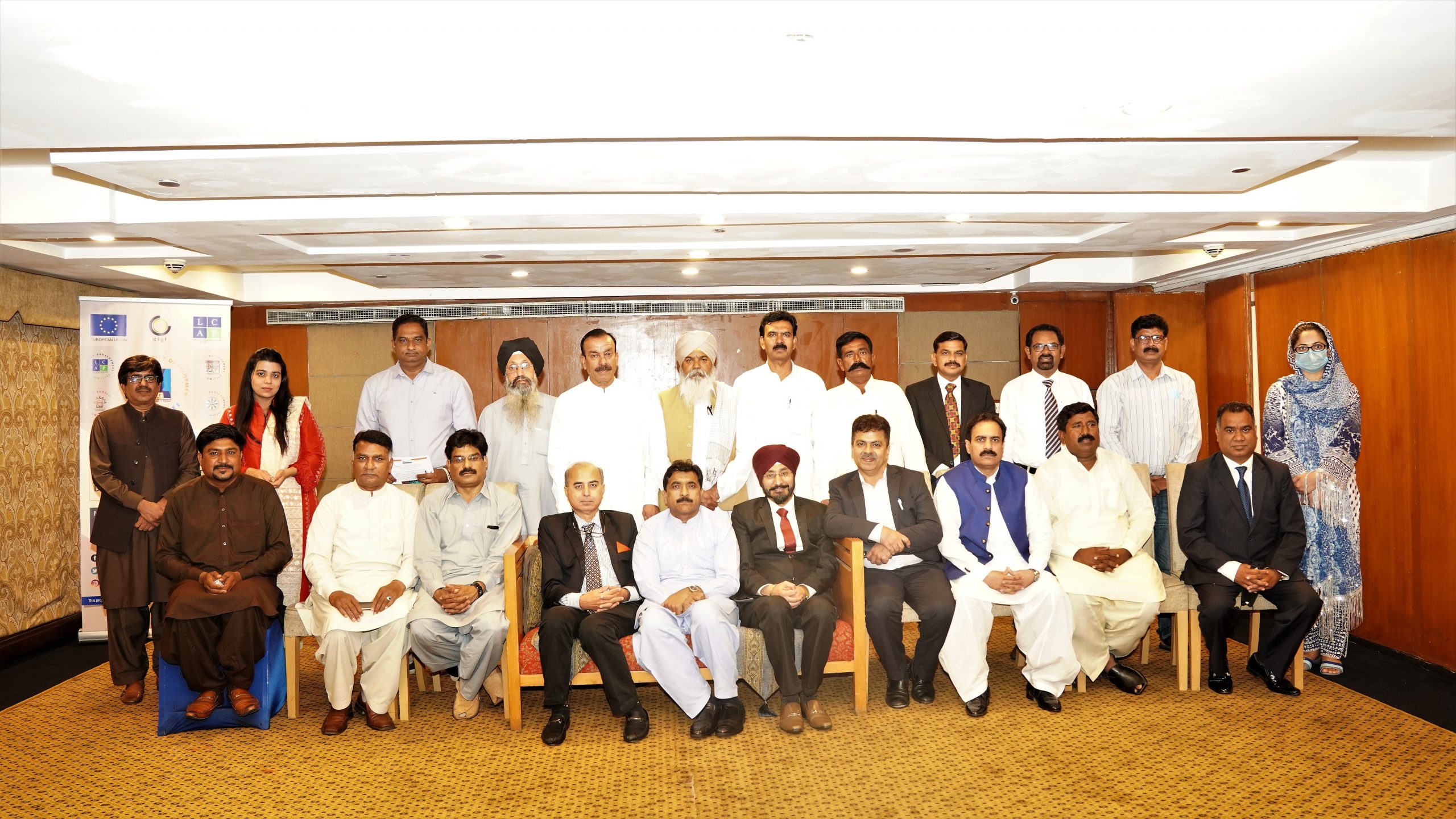 18 October 2021 (Lahore) LCAs of Pakistan collectively under the banner of ADLG to organize a workshop for the National Minorities Committee to develop a long-term Strategic Plan and alliance with the National Commission for Minorities for networking, coordination, and enhancing capacity building for prominent participation in local government. All the participants presented with great appreciation for the workshop and appreciated the efforts of LCA staff for arranging a successful workshop on Awareness about National Commission for Minorities.

Chief Guest Mr Tariq Masih (MPA) and leading members of the National Commission for Minorities Mr Jaipal Chabria & Mr Mimpal Singh Participated in the workshop to throw light on the main objectives of the Commission and how we can align the focal areas with MDC.

Chief Guest Mr Tariq Masih (MPA vividly demanded the coalition of all non-Muslim factions and work as one group of Minorities rather than Hindus, Sikhs, Christian and others. In this way, there is a chance to achieve a win over cruel and stigmatized culture against marginalized groups of Minorities.

The importance of local government members is hailed by him. He said that these local-level leaders are the true face of democracy. Citizens have only access to these leaders rather than members of parliament.

Religious Harmony is the greater priority these days.

He said it is necessary to engage all the political groups in the discussion for better minority-related legislation, both ruling and opposition groups. Minority leaders can only work on the legislations beneficial for their communities if they come in the parliament through direct elections, an elected leader rather selected.

Mr Anwar Hussain, CEO of ADLG facilitated the interactive session with Chief Guest, Mr Tariq Masih and engaged all the participants with updated information while moderating the whole workshop along with Mr Salman Abid.

The agenda of the workshop was divided into two sessions. Mr Salman Abid (Political Analyst) facilitated the workshop as moderator.

He described those basic principles are not being determined yet and should be provided by Federal Government for minorities representation.

The Strategic Plan Development process involved an open floor of discussion for National Committee members so that they raise their questions to highlight the challenges for carving the solutions. The main objective of the Discussion Forum is that how much fair representation of minorities is there in Local Government and is the presence really effective?

Following main challenges were highlighted by members around which LCAs plan will be developed:

Depending on these main challenges and various cultural & religious challenges discussed in the forum, an Activity Plan draft for MDC was developed.

The second session of the workshop was on Awareness on National Commission for Minorities’ Mandate.

The stage was then shared by Mr Mumpal Singh who on the basis of challenges discussed by MDC members proposed suggestions to align MDC activities with the Commission’s focal areas. He said as the Commission’s terms of references state that it will formulate proposals for amending laws/policies which are reported to be discriminatory towards religious minorities, therefore, all issues discussed by MDC can be sent to Commission in writing and policies will be drafted for amendments in the respective laws.

Previous Story
NATIONAL CONFERENCE 2021 | UPDATES
Next Story
If the LG Amendments are for the betterment of Citizens, we are surely on the same page with the Government: Secretary-General PML (N)

Following the training of trainers, A plan of capacity building...